Edinburgh Marina Holdings, the developer of Edinburgh Marina, today confirmed that detailed planning permission has been granted by the City of Edinburgh Council for the second phase of its development. Comprising a total of 168 residences, this phase two consent will deliver both houses and apartments across a number of plots including 24 three and four bedroom houses and 144 one, two and three bedroom apartments, a large number of which will offer spectacular uninterrupted views across the Firth of Forth towards the iconic Forth Bridge. Commenting on the City of Edinburgh Council’s decision, Matthew Garstang of Edinburgh Marina Holdings said: “We are delighted to have received detailed planning permission for phase two of the Edinburgh Marina development. This is an important stepping stone in the creation of this world-class development comprising the landmark Edinburgh Marina, over 800 new homes including Royal Wharf the Living for Retirement block and the new Hyatt Regency Spa & Conference Hotel and local amenities” 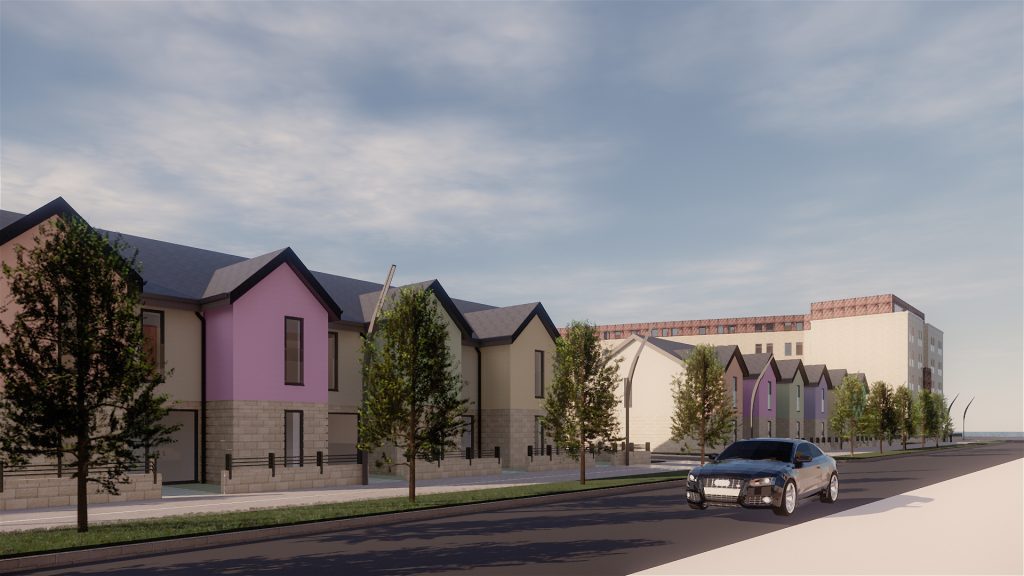 The £500 million Edinburgh Marina development is leading the Edinburgh Waterfront regeneration in Granton. Strong pre-sales enquiries have already been recorded following the launch, late last year, of early reservations for the first phase of Royal Wharf – Luxury Living for Retirement, Edinburgh Marina’s retirement scheme, demonstrating the demand for waterfront homes just a stones-throw from the centre of Scotland’s capital city.

Over 300 homes, including 20% affordable, plus speculative office building planned for next phase of Finzels Reach regeneration

Building more social homes is a no brainer