Over 300 homes, including 20% affordable, plus speculative office building planned for next phase of Finzels Reach regeneration

Bristol developer Cubex alongside Palmer Capital has submitted plans to transform the former headquarters site of Avon & Somerset Fire and Rescue into over 300 new homes, including 20% affordable, together with new high-quality offices for up to 1500 people, to support Bristol’s growing economy. 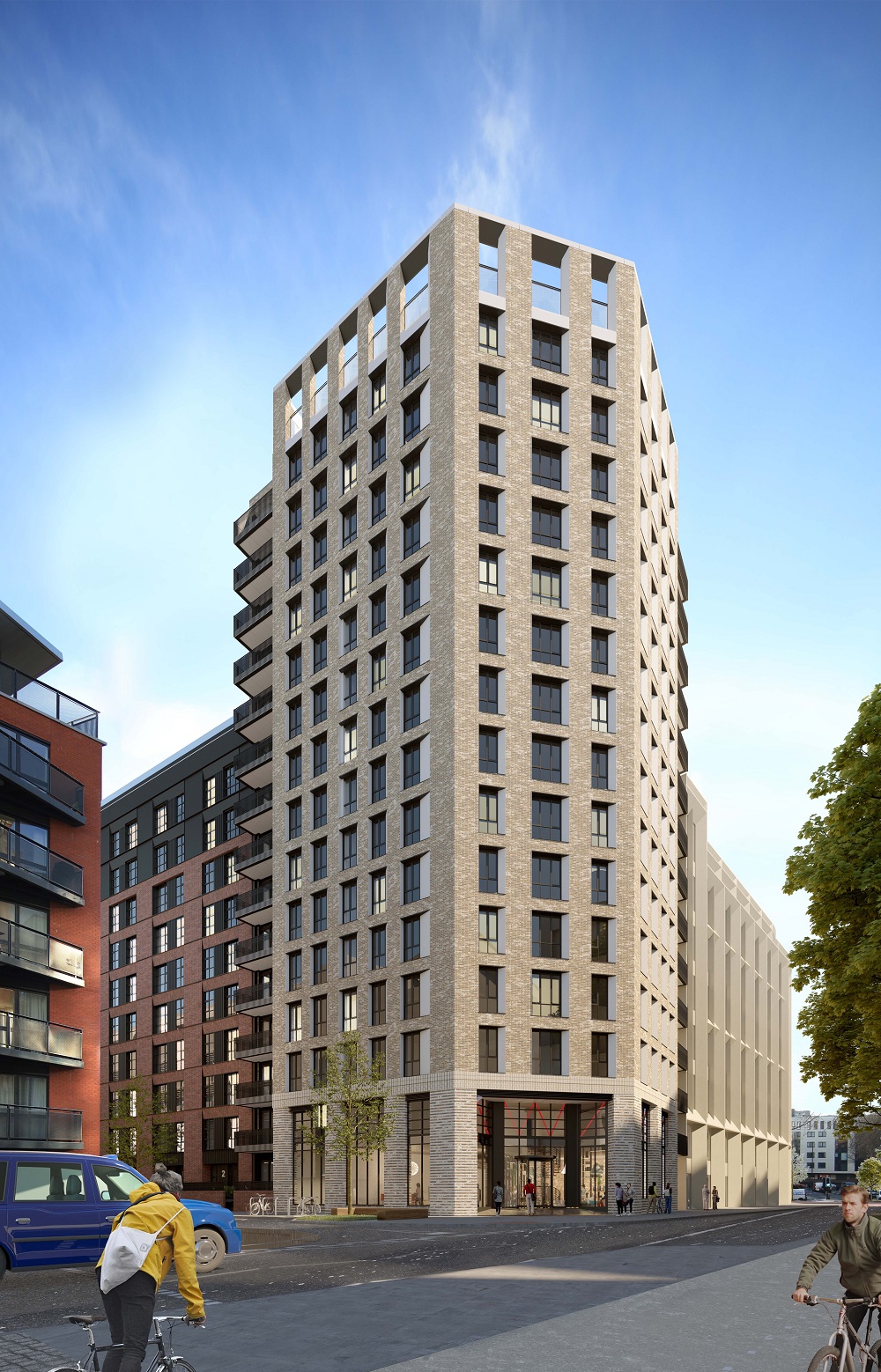 Significant investment in improvements to the area around the site, including new landscaping, pedestrian and cycle routes, will help create a more attractive area and foster a sense of community.

This new project is the second phase of Finzels Reach, the award-winning new city quarter that is already nearly complete opposite the new site. In the heart of the city, by Bristol’s floating harbour, it is widely-recognised as one of the city’s most successful regeneration projects. 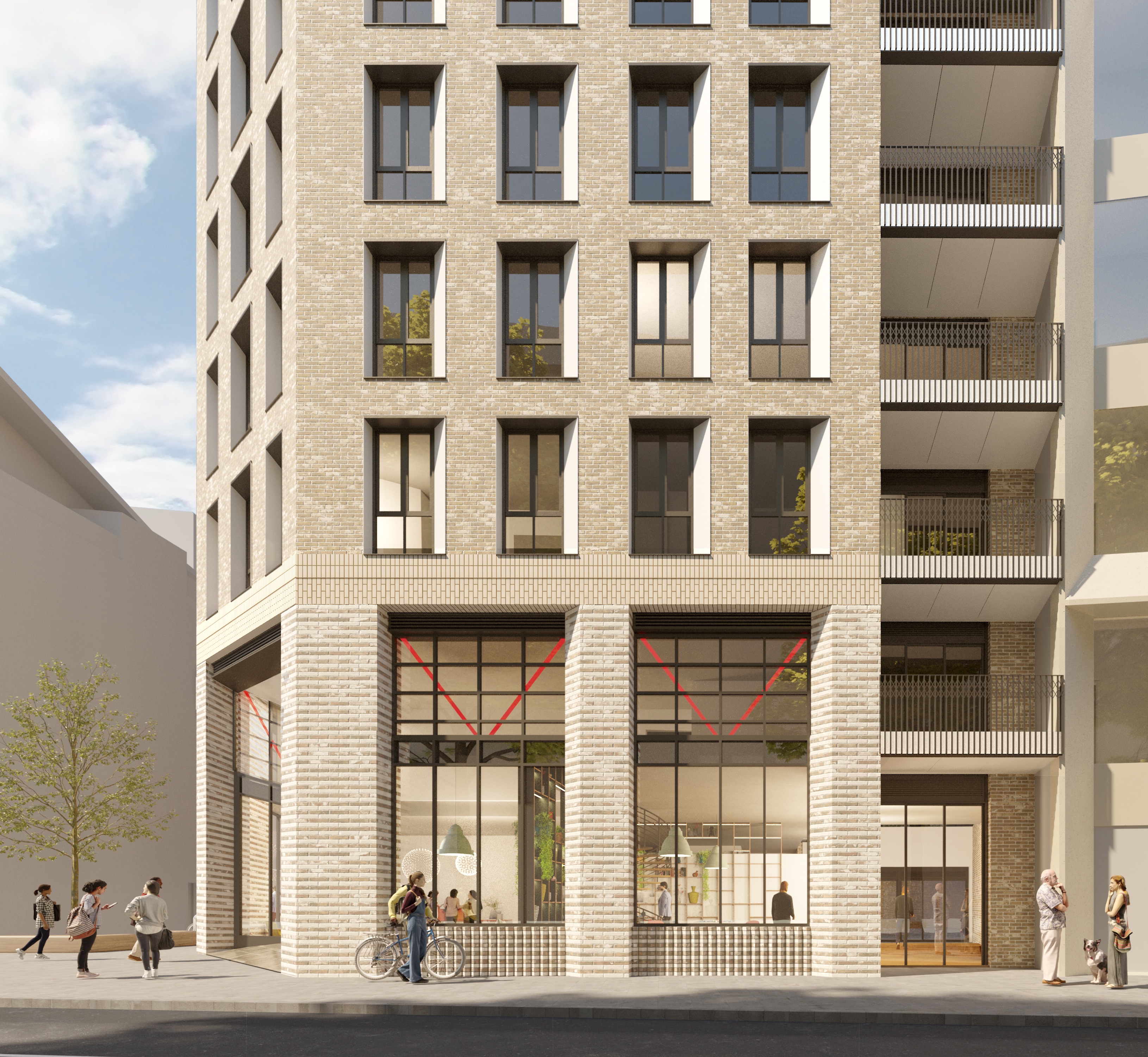 The apartments planned by Cubex on the new site will be specially designed for the rental market through a model known as ‘built-to-rent’ and will help meet the significant need for housing in Bristol city centre. Build-to-rent homes are professionally managed, with an on-site maintenance team, concierge and a strong emphasis on communal areas designed specifically for socialising, working from home, events or community activities.

Laid out across two apartment buildings Millwrights Place and Coopers Court, the apartments include rooftop terraces and shared entertainment space along with extensive cycle storage and maintenance facilities. Ranging from seven to 15 storeys, they will also feature co-working space at ground floor level for the increasing number of people working independently or running their own business.

The new 116,000 sq ft Grade A contemporary office building will be built speculatively, before tenants have been secured. It will be able to cater for around 1500 staff, supporting Bristol’s growing economy, and will be let to either a single company or range of organisations on a floor by floor basis. An eye-catching entrance has been carefully designed to create a sense of place and identity and inside, it features a unique corkscrew-like staircase rising up through a glass atrium to a rooftop terrace. A similar design approach is being used to that at Aurora, the landmark office building that completed at Finzels Reach earlier this year, which is known for its outstanding environmental and digital connectivity credentials. 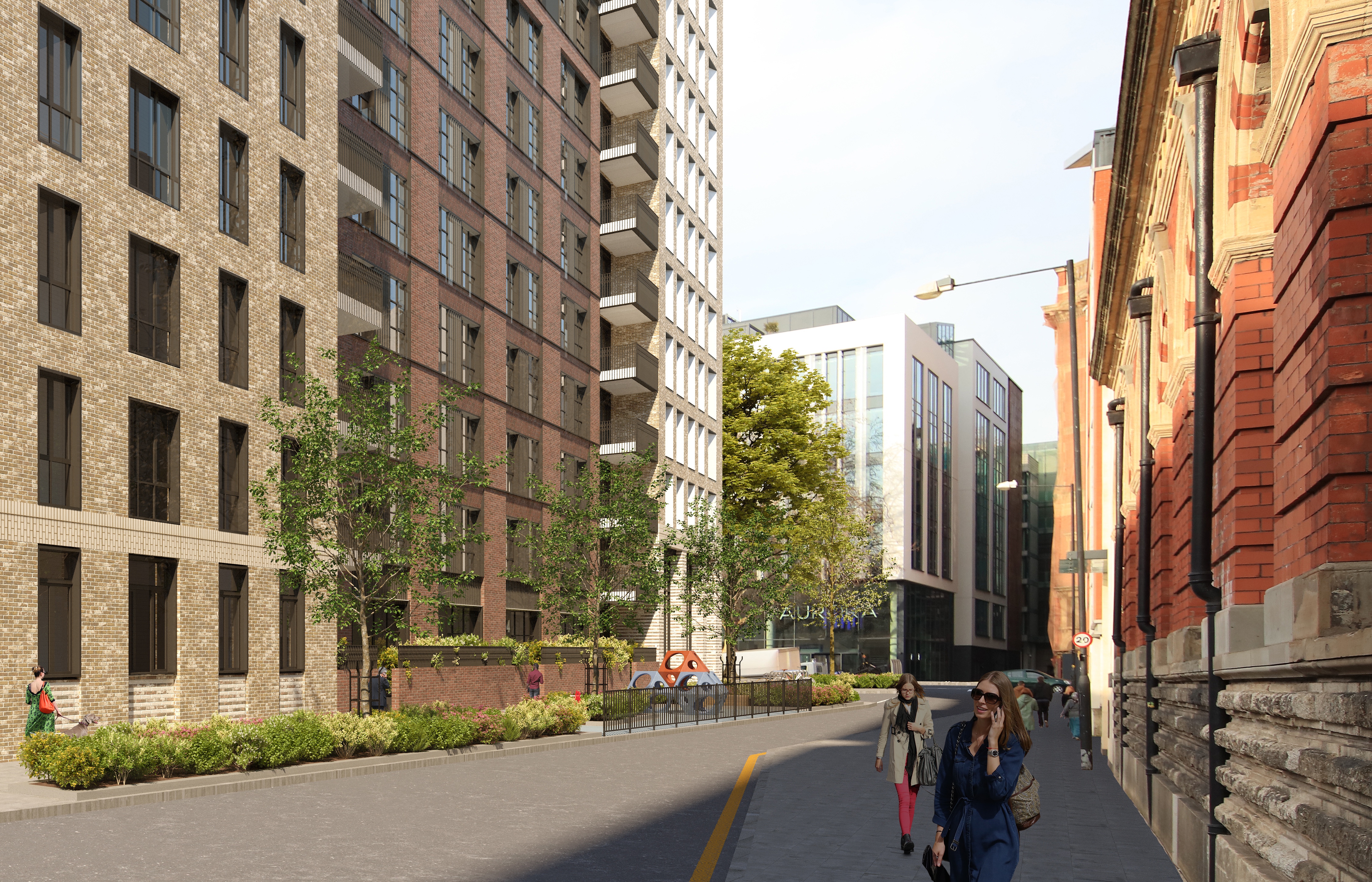 The plans for the second phase of Finzels Reach also include £2.6M of investment in the community and public realm, including £1.4M investment via the Community Infrastructure Levy, which helps fund infrastructure, facilities and services, and £1.2M investment in improvements along Temple Street, Counterslip and Temple Back. These include improved dedicated separate cycle and pedestrian routes with wider pavements, one-way traffic routes to reduce the dominance of vehicles, new ‘pocket parks’ and trees, seating and soft landscaping. Together, these are designed to make the surroundings more attractive to people and knit the new development into the wider area.

Identified by Bristol City Council as an area for dense urban development, the scheme valued at around £140M has been designed to create a strong identity and sense of place, whilst ensuring it connects well to the surrounding area, and works with heritage buildings nearby, such as the Grade II* listed Generator Building and Temple Church.

The plans have been refined through extensive consultation with the local community and key stakeholders and the designs have received the backing of the Bristol Urban Design Forum, Historic England, Bristol Civic Society and Bristol City Council’s City Design Group.

Gavin Bridge, executive director at Cubex, said: “We are pleased with the overwhelmingly positive feedback we have received through the consultation and are keen now to press ahead and start developing out our plans to transform the former fire station site.

“It’s important to us to create a mixture of types of housing including build-to-rent and affordable, as well as much-needed workspace, to help curate a balanced community across the Finzels Reach neighbourhood. By building the new office space speculatively, as we did at Aurora, we’ll be able to help provide the space Bristol needs as it grows its economy.

“We’ve put a lot of work into how we create a better environment for people around the site to make a much more attractive place to gather and also considered carefully how we can make it feel part of and connected to surrounding area.

“This is a very exciting time for Finzels Reach, which is becoming a new flourishing neighbourhood for the city, as well as for those who live and work there.”

By mid 2022, when this next phase of is set for completion, the whole Finzels Reach regeneration project will have created over 730 new homes, places for 3,300 people to work, 30,000 sq ft space for restaurants, bars and other leisure uses, plus new pedestrian and cycle-friendly routes and high-quality public realm. Representing over £400M investment into the area, the 1M sq ft development across 6 acres is creating a new urban quarter in the heart of the city.

The creation of the first phase of Finzels Reach on Bristol’s famous Floating Harbour has breathed new life into the medieval heart of the city, with the former brewery and sugar refinery site now home to a thriving new neighbourhood. The re-development of the former Avon Fire and Rescue headquarters site, located on the other side of Counterslip, opposite the existing Finzels Reach site, will continue the regeneration of this city centre area.

Cubex alongside Palmer Capital started regeneration work at Finzels Reach in 2012 when the team stepped in to develop the site after a previous attempt went into receivership. The first phase of Finzels Reach is almost complete and is already home to high quality homes, modern sustainable office space and a 168-bedroom Premier Inn hotel, with a micro-brewery, further cafes and restaurant in the pipeline.

Left Handed Giant’s cutting-edge brewery and brewpub and a new restaurant by Peter Sanchez-Iglesias of Michelin Star restaurant Casamia are set to open this summer, with a new café by Spicer & Cole having just opened its doors to the public. The area is also home to a popular weekly street food market.

Work on the redevelopment of the former Avon Fire and Rescue site is likely to start this summer, subject to planning approval.

Stepnell proves to be ‘the best in the...

Covid-19 – Will Contractors be Entitled to an...