The Sainsbury’s supermarket on Camden Road, London has been listed at Grade II by the Department for Digital, Culture, Media and Sport (DCMS) on the advice of Historic England.

It is the first purpose-built supermarket to be added to the National Heritage List for England – the constantly evolving record of the country’s most historic and architecturally important places.

The store is part of the Grand Union Complex built in 1986-88 to designs by acclaimed architectural practice Nicholas Grimshaw & Partners. The scheme was commissioned by Sainsbury’s to transform a former industrial site in the heart of Camden Town. The development includes a terrace of houses facing the canal which has also been listed at Grade II. 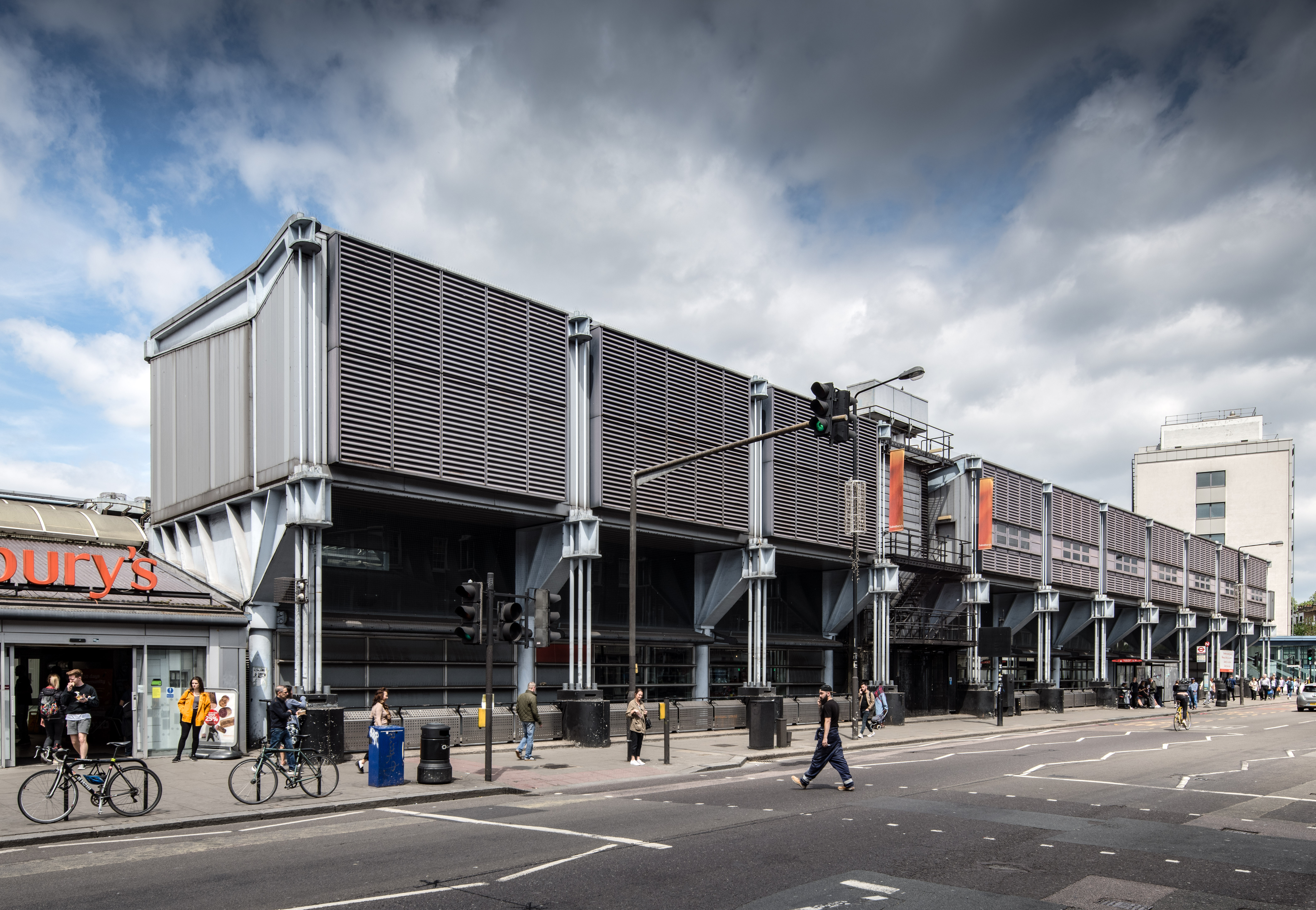 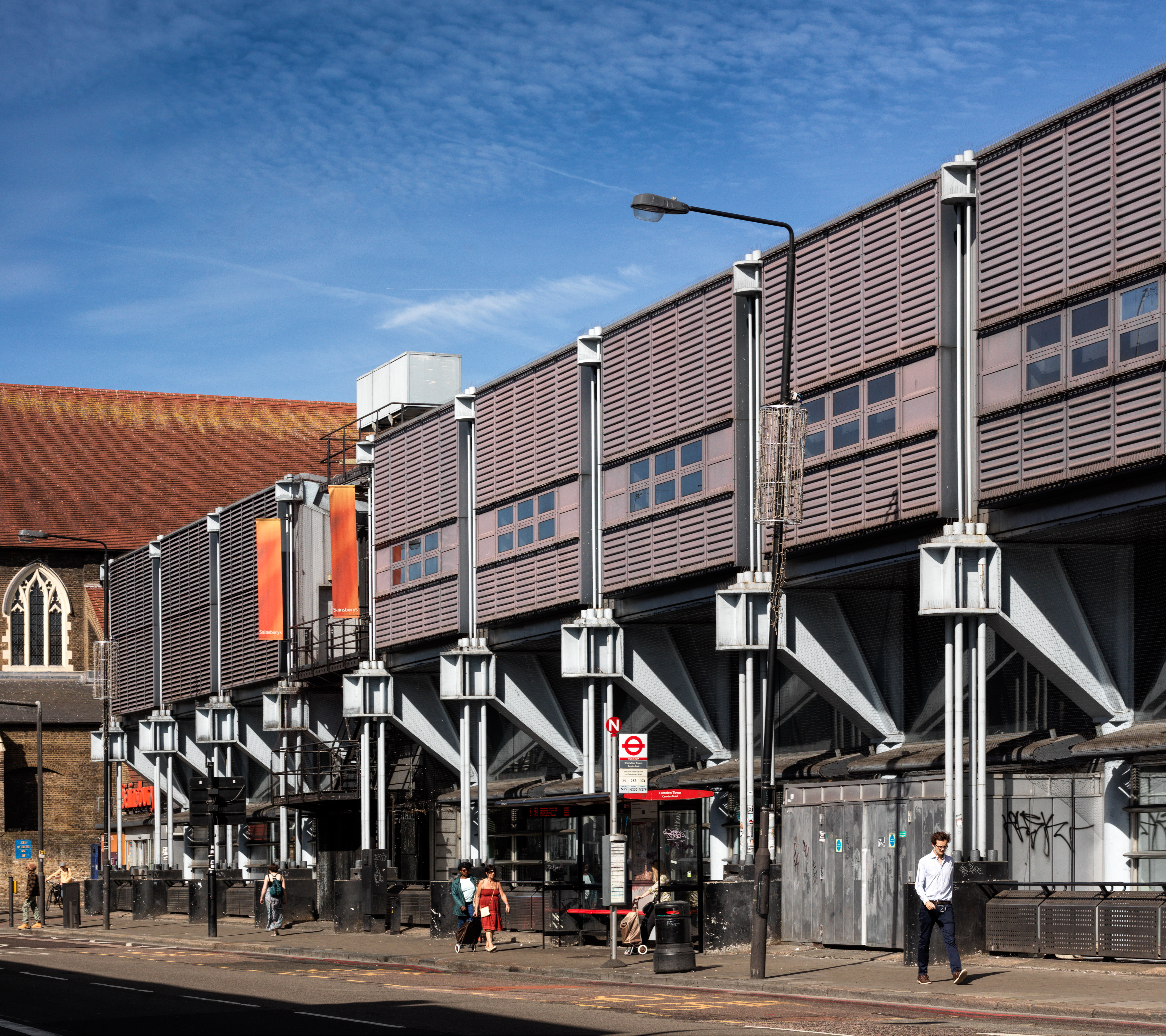 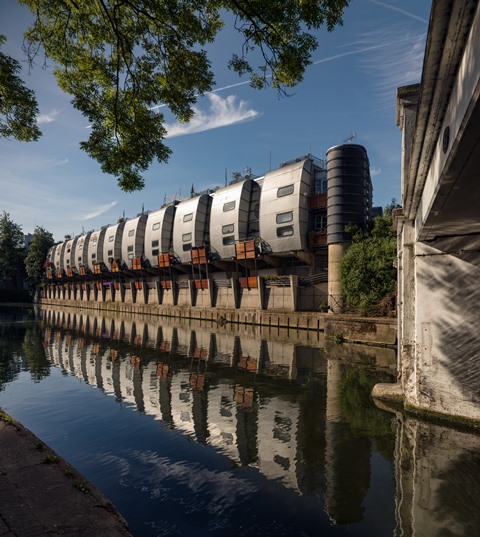 The Grand Union Complex was the first piece of urban design undertaken by his practice. The buildings are sympathetic to their surroundings and are considered to be a rare and successful incorporation of High Tech architecture into a sensitive urban context. 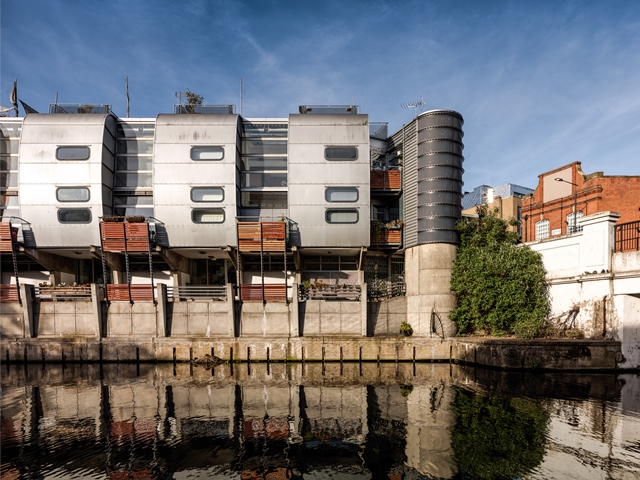 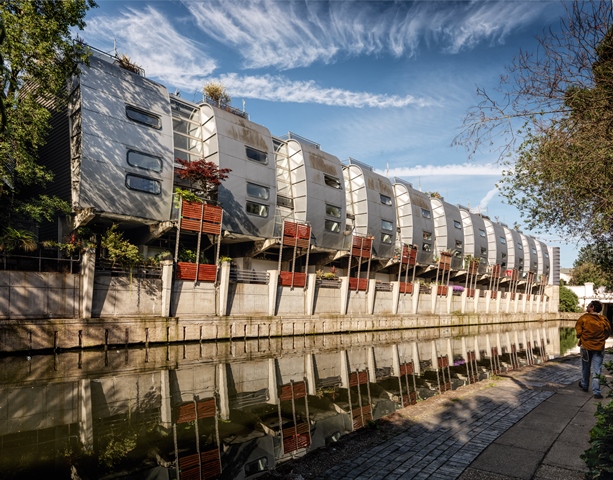 The success of the scheme was only made possible by the combined ambition of the architects, the client and the local authority – Camden Council was a keen supporter of modern architecture.

Minister for Heritage, Rebecca Pow, said: “The National Heritage List is a wonderfully eclectic group of some of the most historically important and interesting buildings around the UK. The Sainsbury’s supermarket being listed today is a fine example of architects and their clients working closely with local authorities to create developments which are both functional and appropriate for their surroundings and is a worthy addition to the list.”

Duncan Wilson, Historic England’s Chief Executive, said: “The Camden Road Sainsbury’s is an outstanding example of High Tech architecture in a busy urban setting. It is an unapologetically futuristic building which also sits comfortably alongside its historic neighbours – matching the scale of the 19th-century terrace opposite – and rightly deserves to be recognised for its architectural significance.”

Supermarkets only came into being in the post-war era, and are an important building type which developed at this time, however most are purely functional and architecturally uninspiring. Very few will ever meet the criteria for listing. 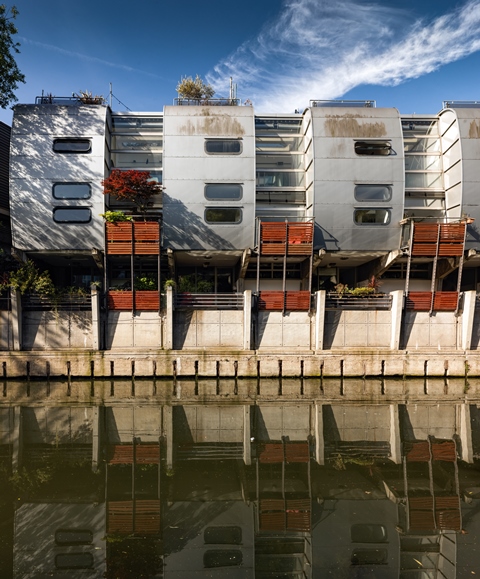 By employing Nicholas Grimshaw & Partners as architects, a well-respected firm but with only smaller projects to their name at the time, Sainsbury’s got a bespoke building which fully answered the brief and proves that a supermarket can successfully be both a large, flexible retail space and a piece of high-quality architecture.

The High Tech style centres on showing off and celebrating the construction techniques used, rather than hiding them away. The building’s steel frame is proudly left on display and is clad in glass and aluminium panels. The architects were innovative in using a coating developed for military applications to fireproof the structural frame. This has allowed the steel to be left exposed on a busy road and is an example of technological transfer – a signature of the High Tech style.

In a nod to the history of retail, the ceiling and roof trusses inside were designed with a gentle curve, inspired by traditional market halls. 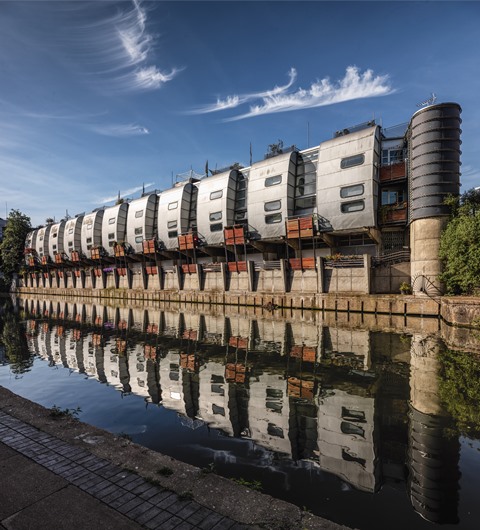 Grand Union Walk is one of very few examples of the High Tech style applied to housing. The terrace comprises ten houses and two flats designed with an industrial feel to reflect the working canal they sit along.

While the homes have been altered internally over the years they have been carefully managed as an architectural ensemble. They are a particularly striking and creative example of modern terraced housing.

The Sainsburys as patrons of architecture

By the late 1980s the Sainsbury family already had a reputation as elite patrons of late-twentieth-century design. They commissioned the Sainsbury Centre at the University of East Anglia, Norwich (Foster Associates, 1977, Grade II* listed), and the Sainsbury Wing at the National Gallery in 1985 (Venturi, Scott Brown Associates, built 1988-91, Grade I listed). 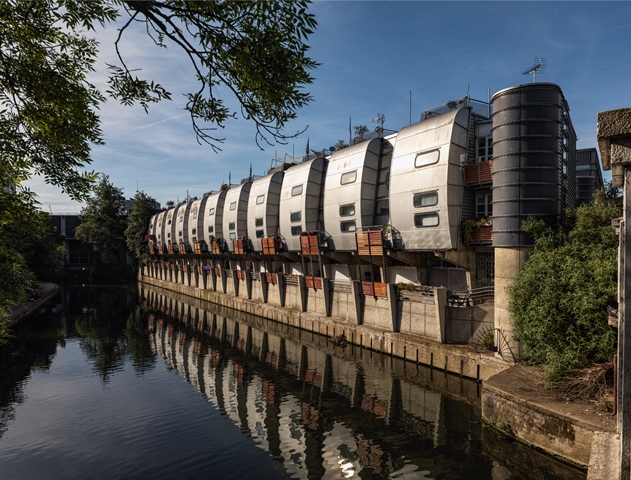 Sainsbury’s was the supermarket chain to do most to differentiate itself architecturally from competitors. It established a design advisory committee in 1985 to commission external architects for high-profile stores or those on tricky sites. The Grand Union Complex scheme won praise from the Royal Fine Art Commission as an ‘example of bold and enlightened patronage’ ahead of planning permission being granted.