Work for a new junction on the M49 at Avonmouth near Bristol being carried out by Galliford Try for Highways England is progressing well. The project will improve road access and provide a much-needed connection into the Avonmouth and Severnside Enterprise Area from the motorway network. The new junction will also promote economic growth in this area of Bristol and reduce the numbers of HGVs and other vehicles on local roads. 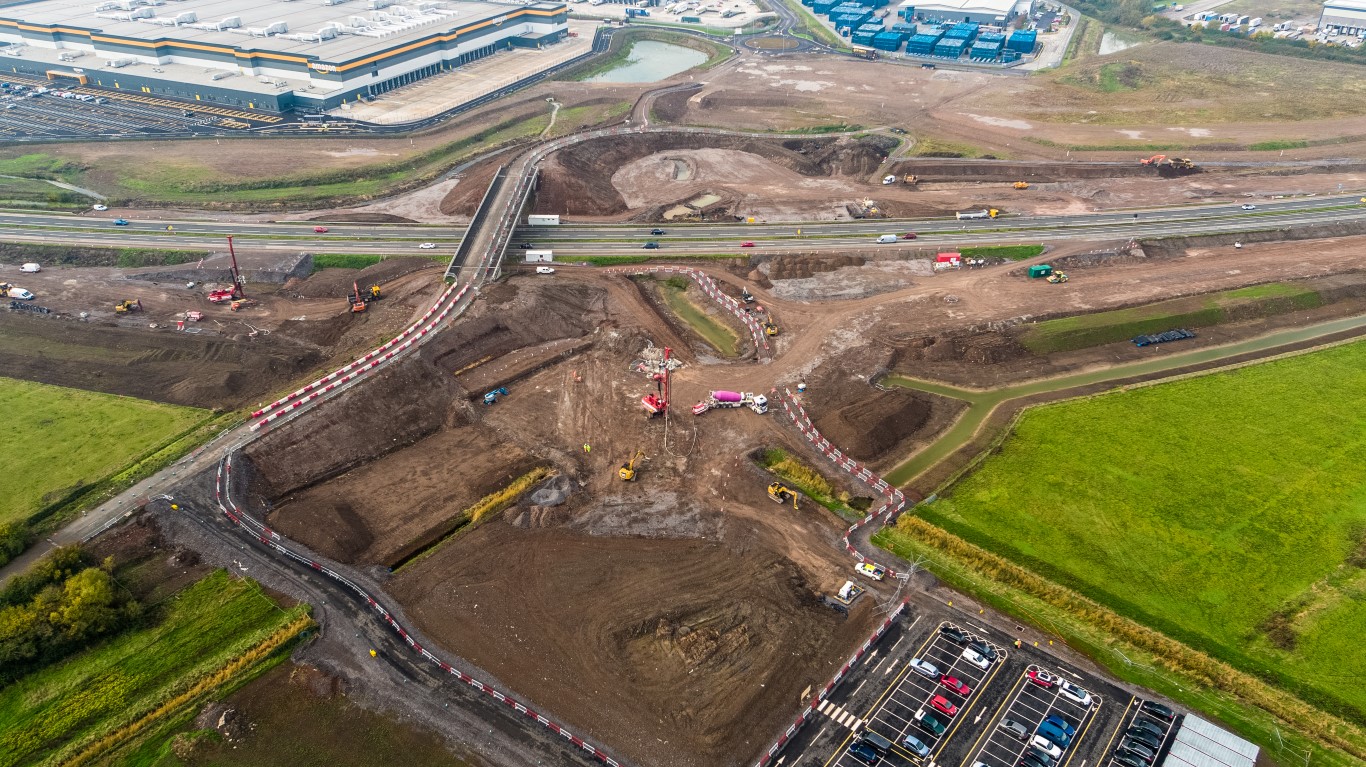 The scheme involves using the existing bridge at Farm Lane with a second bridge being built immediately next to it. The two bridges will be incorporated into a single roundabout spanning the motorway with new access and exit slip roads.

A Galliford Try spokesman said: “We’ve nearly finished installing controlled modulus columns under the four slip roads which improve the ground bearing capacity as well as wick drains under the slips alongside the CMCs. Piling for the new overbridge has started and will complete early in the New Year when we’ll also begin work on constructing reinforced earth steepened slopes.”

Completion is due by December next year.

Ribbon Cutting Marks Opening of the i-Worx in...

WT/GO Reveal their design concept for the Anthony...