A POLICE station has been officially opened by His Royal Highness The Prince of Wales after being transformed into a contemporary build fit for 21st century policing.

The Prince of Wales visited King’s Lynn Police Station on Thursday, 29 November to tour its modern new facilities, meet the officers and staff and see some of the new equipment used by the force.

Paul Darlow, regional director at Pick Everard – which provided full, multi-disciplinary services for the project – said: “We are delighted to have worked on transforming such a significant building in the heart of King’s Lynn into a state-of-the-art station, which caters for modern policing needs. 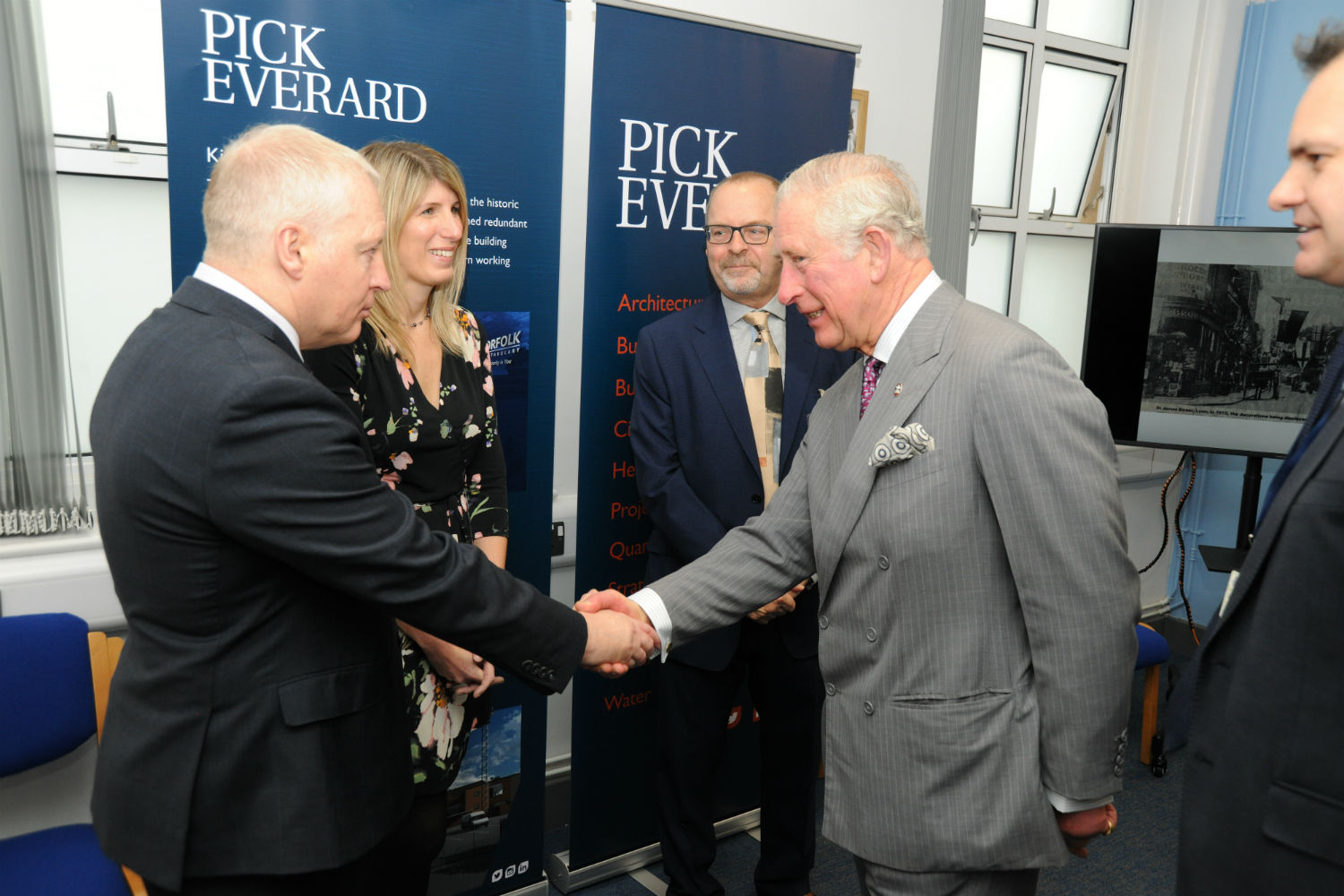 “The original police station, built between 1953 and 1955, was in need of modernisation. The works have given the building a new lease of life on the inside while its historic exterior has been maintained for years to come. This modernisation has enabled the police force to provide an enhanced service to the community, while also delivering greater cost efficiencies.”

Paul added: “The original police station was too big for the force’s current requirements so it was decided that the building needed to be reduced and remodelled to provide modern, high-quality accommodation for its officers with lots of natural daylight.

“We have designed a contemporary building, which features texturised stainless steel cladding and treated hardwood. Buff brick and feature stone cornices were also incorporated into the designs, sitting within the building’s facade to ensure it complements nearby buildings.

“The open-plan office space allows the police force to work more closely together, while special side rooms for victims and witnesses provide privacy and protection when needed. There is also a conference room with video calling technology and hot desks, giving officers the opportunity to work remotely.” 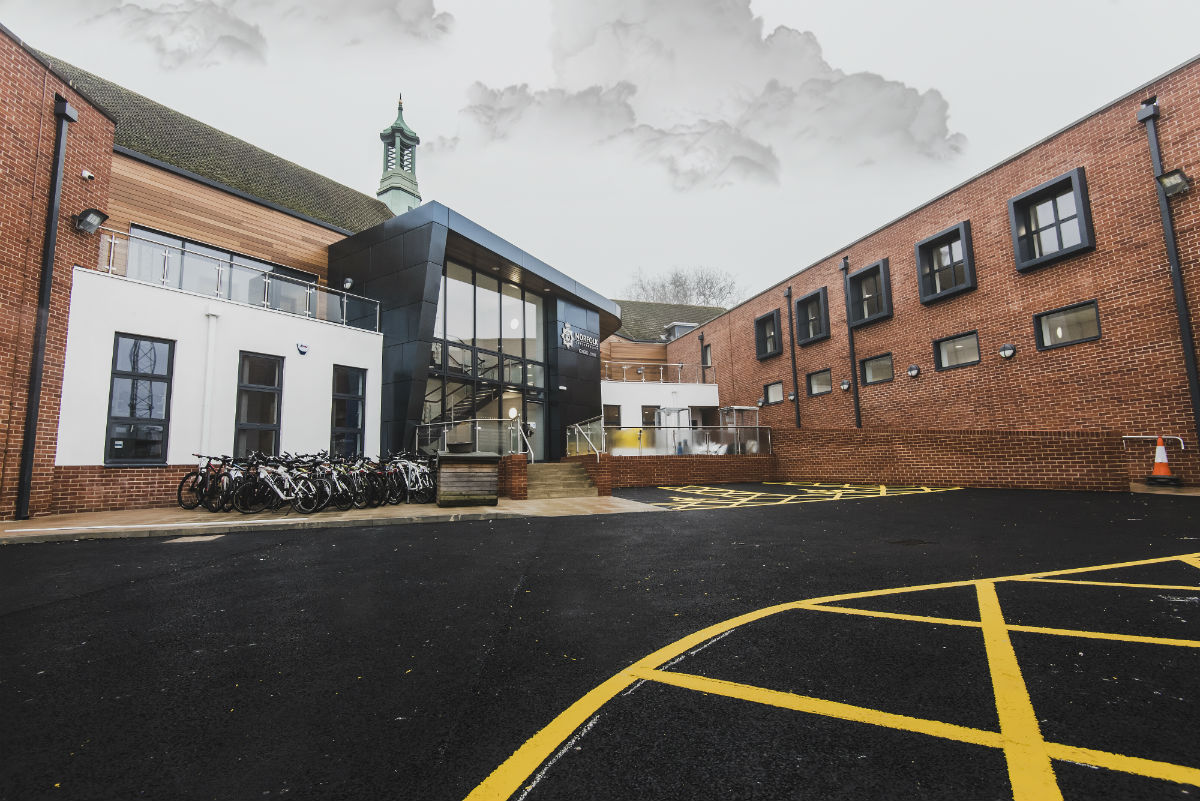 Saul Humphrey, managing director of Morgan Sindall Construction and Infrastructure’s east region, said: “King’s Lynn Police Station is a key asset for the force and we’re pleased and proud to have utilised our project team’s expertise to deliver this future-fit station, which will enable our policewomen and men to carry out their duties in a purpose-built environment.

“It was a great honour to welcome The Prince of Wales to King’s Lynn and we hope he enjoyed his tour of this excellent station.”

Staff moved back into the station earlier this year, having been housed in temporary accommodation while the building work – which took almost a year to complete – was carried out.

Norfolk Constabulary chief constable Simon Bailey said: “Norfolk, in particular the west of the county, has close associations with the Royal Family and it was a great pleasure to have HRH The Prince of Wales officially open the station in what will be a very memorable occasion for those involved.

“The modernisation of police buildings is a key part of our effort to improve efficiencies within the force and provide a cost-effective solution, compared to maintaining costly buildings which will no longer fulfil the needs of a modern police force. The reduction of floor space in Lynn will save the force £50k a year.”

Pick Everard employs more than 500 staff across its 11 UK offices, providing a range of project, cost and design consultancy services.

Surface Design Show 2019 Surface Spotlight Live: One Of A Kind