The Lord Mayor of Leeds, Cllr Eileen Taylor, has laid the first stone on a pioneering £9.3 million housing development which will provide more than 60 new homes for people in the north-east of the city.

She joined project partners at the Leopold Park scheme which is a combined venture between BME-led housing association Unity Homes & Enterprise and Chapeltown Cohousing (ChaCo).

The site was owned by Leeds City Council after previously being occupied by a social services office which became vacant prior to demolition.

Unity will build 30 one and two bed flats for clients over 55.

ChaCo will construct 29 houses and flats, a ‘common house’ and provide space for four self-build units.

The development is due for completion by March 2021.

Homes England, the Government’s housing agency, has allocated £1.4 million in grant support for the scheme as well as £1.34 million through its Housing Infrastructure Fund.

The remaining monies have been secured by a combination of private finance and savings from ChaCo stakeholders who will live in the properties once they are built.

“I have followed the progress of this revolutionary initiative very closely.

“Unity has a long-standing reputation for providing first-class affordable homes for people across the city.  Based in Chapeltown, they know the area and the needs of local residents incredibly well. They do an excellent job.”

She said she was “intrigued” by ChaCo’s role in delivering the area’s first cohousing scheme.

There are currently 19 cohousing communities in the country – including one in Bramley – having first appeared in the late 1990s.  According to UK Cohousing, more than 60 cohousing groups are developing new projects with others in the pipeline. 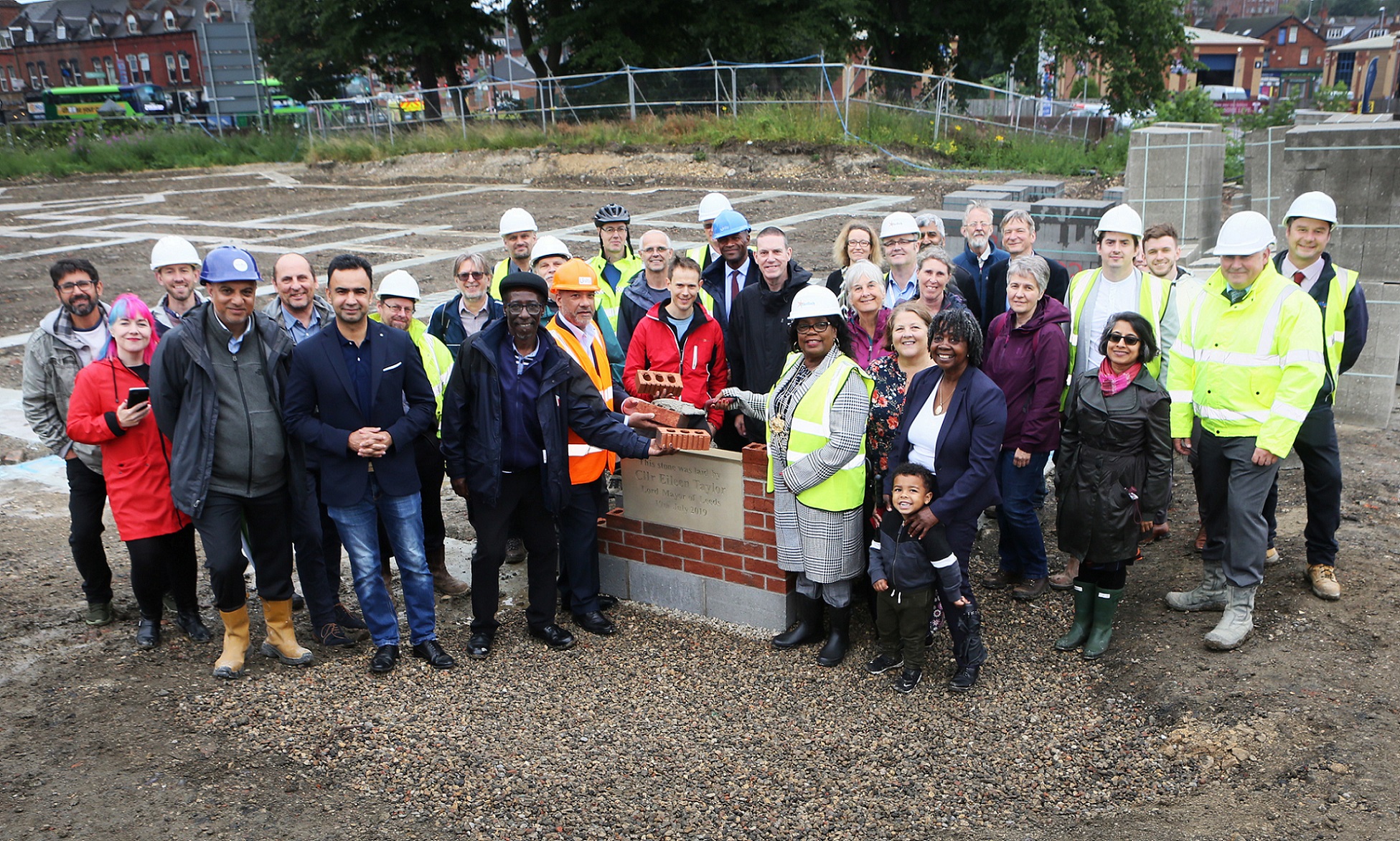 Cohousing is a means of bringing individuals and families together in groups to share common aims and activities whilst enjoying their own self-contained accommodation.

As well as their own private homes, everyone has the use of shared facilities in the ‘common house’ which includes washing machines, guest rooms for visiting relatives and a large kitchen and dining room where everyone can eat.

“It is a wonderful and fascinating concept.  We live in challenging times.  I am all for new ideas which bring people together.  ChaCo deserves great credit for their foresight and I look forward to seeing the final results.”

Bill Phelps, ChaCo Chair, said he was thrilled that construction work was getting underway.

“The seeds for ChaCo’s emergence were sown in 2010 when members of a small housing co-op invited friends living nearby to explore the idea of setting up a local cohousing scheme.  Since then, we have been supported by many other Chapeltown residents who want to create a neighbourhood where co-operation and sharing are built in from the start.

“It is remarkable that we have now reached the development stage and, in less than two years, people will be living in their new homes.

“We are delighted to be able to demonstrate that community-led housing schemes are not restricted to wealthy parts of the country. They can be a viable proposition wherever residents come together to enhance their own neighbourhoods. It has been an extremely positive experience working alongside all the partners helping to make this project a reality – particularly Unity, whose expertise, cooperation and encouragement have made all the difference.”

Ali Akbor, Unity Homes & Enterprise Chief Executive, explained that the 30 one and two bed flats the association was building represented one of the most significant investments it had made in recent times.

“It is always fulfilling to see new properties come out of the ground after several years of planning.  Our joint work with ChaCo has made this scheme all the more interesting and, in common with everyone who has helped us get to this point, I am full of positive expectation for what lies ahead.

“Unity is rightly focussed on providing high quality affordable homes.  But we are also driven by a desire to regenerate communities, create life opportunities and address  inequalities within sustainable neighbourhoods.  This scheme ticks all of those boxes and underscores that we are doing our job well.

“As an organisation which emanated from the Leeds BME community more than three decades ago, it is hugely appropriate that Cllr Taylor is laying the first stone as the city’s first black Lord Mayor.”

“This is a great example of collaboration and partnership working, both within Homes England and across sectors.

“Bringing together Leeds City Council, ChaCo and Unity with Homes England funding from the Housing Infrastructure Fund and the Shared Ownership and Affordable Housing programme, this project will provide an innovative model for the future and, more importantly, high quality affordable homes for the local community.”

New homes set to be built at housebuilder’s...