The Armley Ridge Road scheme of six houses and eight flats is located on the site of the former Ancester public house which had fallen derelict. 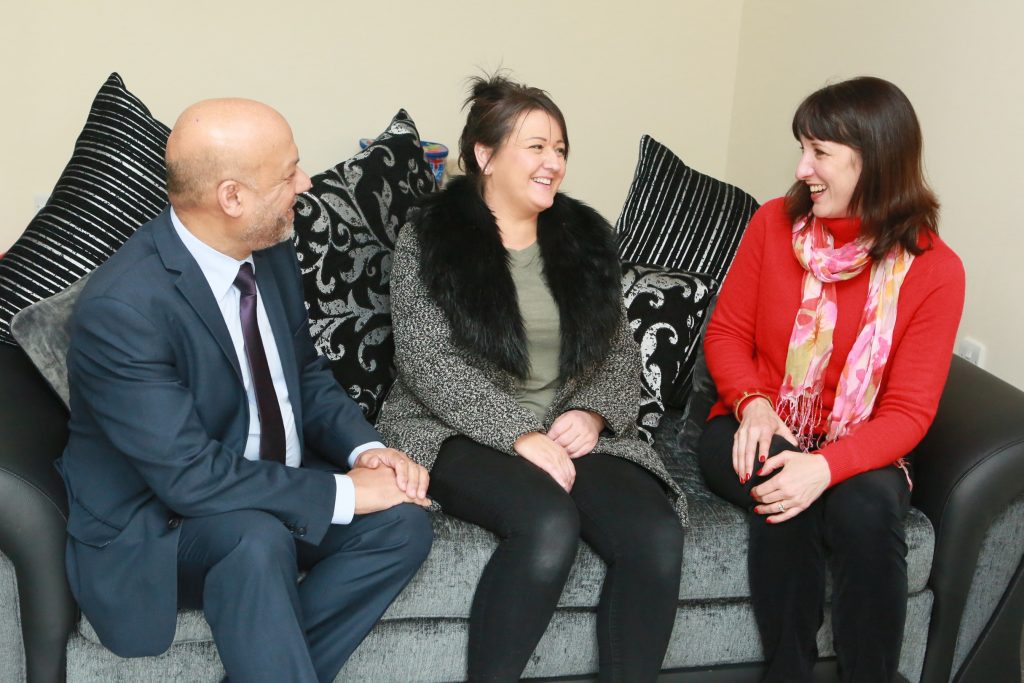 Supported with a loan from Charity Bank and grant funding of £420,000 from Homes England, Unity purchased the ground lease from Leeds City Council in September 2017 to build affordable homes for rent.

Ms Reeves – who chairs the House of Commons Business, Energy and Industrial Strategy Select Committee – visited the construction site last spring to review progress and meet students from Leeds Beckett University’s School of Built Environment and Engineering who were on a specially-arranged study trip. 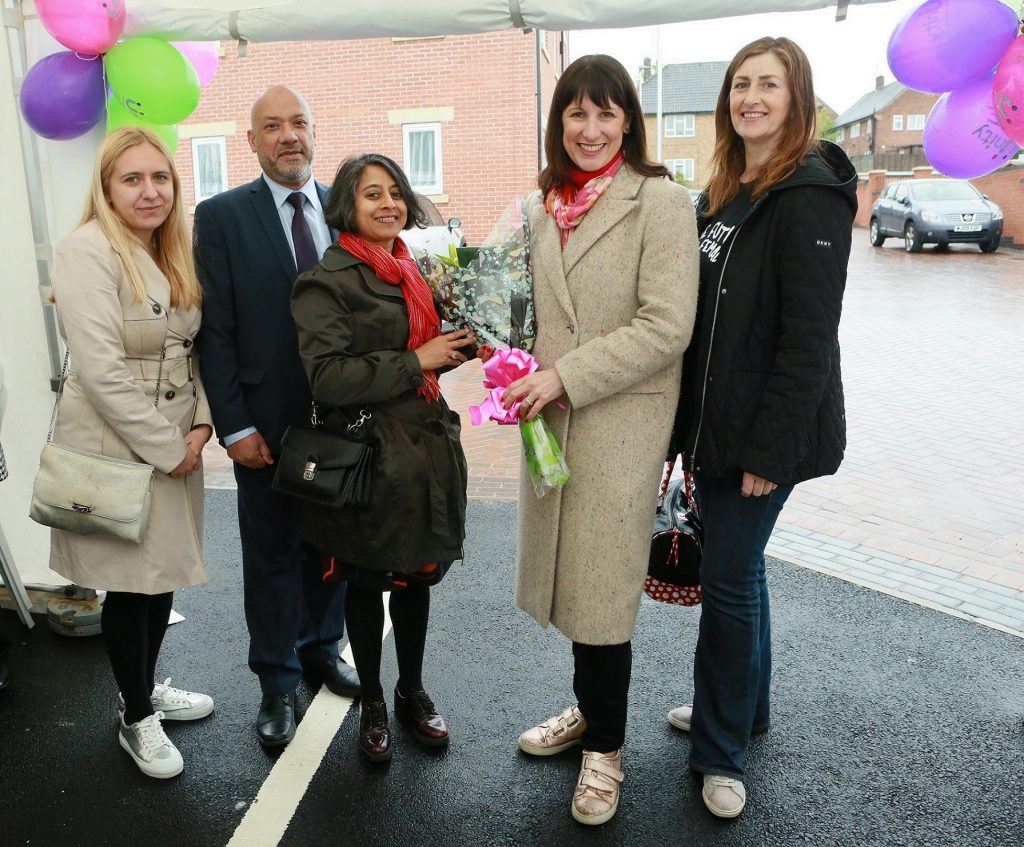 Returning to see the completed development and meet residents, the Leeds West MP said she was deeply impressed by the quality of the homes.

“So many of the private lettings in our community are sadly not of a decent standard.  That’s why there has been such demand for properties like these.

“14 families who previously didn’t have this sort of housing are now adequately housed. Not just with the great quality housing, but with a security of tenure that they probably didn’t have before. It’s terrific to have them here.

“It’s a great place to live – really accessible for jobs in the city centre as well as the shops and amenities in Armley and Kirkstall.

“I’d like to commend Unity, Homes England and Leeds City Council for their foresight to invest in this development and get it to where we are today.”

“It is always satisfying to see a major Unity project come to fruition and we are delighted to welcome Rachel back to see the completed work.

“The 14 homes, which differ in scale from one-bed flats to three-bed houses, are first-class and stand proudly in a bustling part of the city with which we are very familiar.

“The scheme will provide another boost to Armley and is very much in line with our mission to assist in the revitalisation of local communities through the provision of high-quality affordable homes, stimulate social and economic regeneration, improve life opportunities and address inequalities within sustainable neighbourhoods

“As part of Unity’s commitment to local labour, we engaged with the contractors, Esh Construction Ltd, to secure employment for three local people on the site.

“Looking ahead, we are about halfway through a large development programme of 220 properties in Leeds and surrounding areas.  Our work continues apace.”

New resident Rachael Donoughue, who moved into a three-bed property with her young family in March, invited Ms Reeves and Mr Akbor to have a look around.  And she said she was “unbelievably happy” with her new home.

“I love it here and so do the kids.

“The Unity staff have been brilliant, just amazing. They assisted us no end and nothing was too much trouble.

“As well as arranging the move, Unity offered help to get me back into work and I have since got a new job.  I also recently passed my driving test.

“Being able to settle so quickly and easily into our new home has made a huge difference to our lives.” 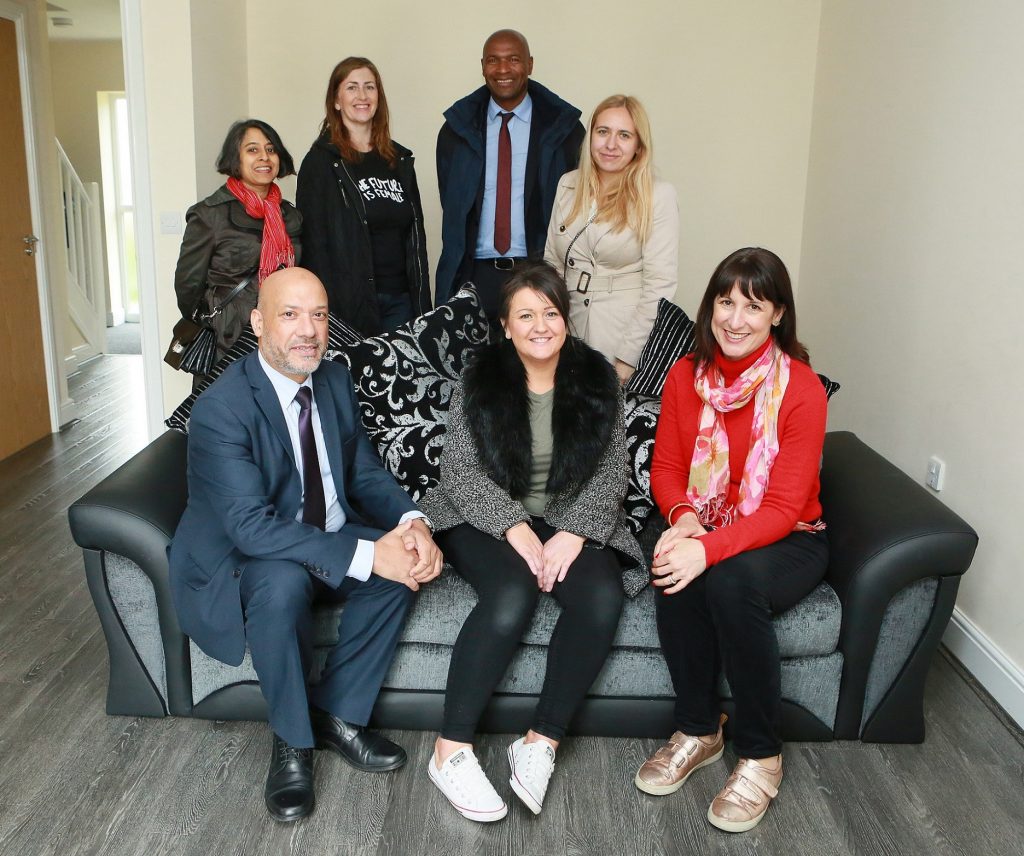 The solution to our housing crisis can be...

Investing in communities and genuinely affordable homes can...