The Mayor of London is today challenged to open a new era in house building as Ealing’s first 100% affordable residential tower is turned in for planning approval.

Developer Southern Grove says ‘55 West’ — which would be Ealing’s tallest building — is a model of how developers should be meeting Sadiq Khan’s ‘Homes for Londoners’ vision for the creation of new homes in the capital, with a focus on fully-affordable, design-led landmarks that become magnets for regeneration and investment. 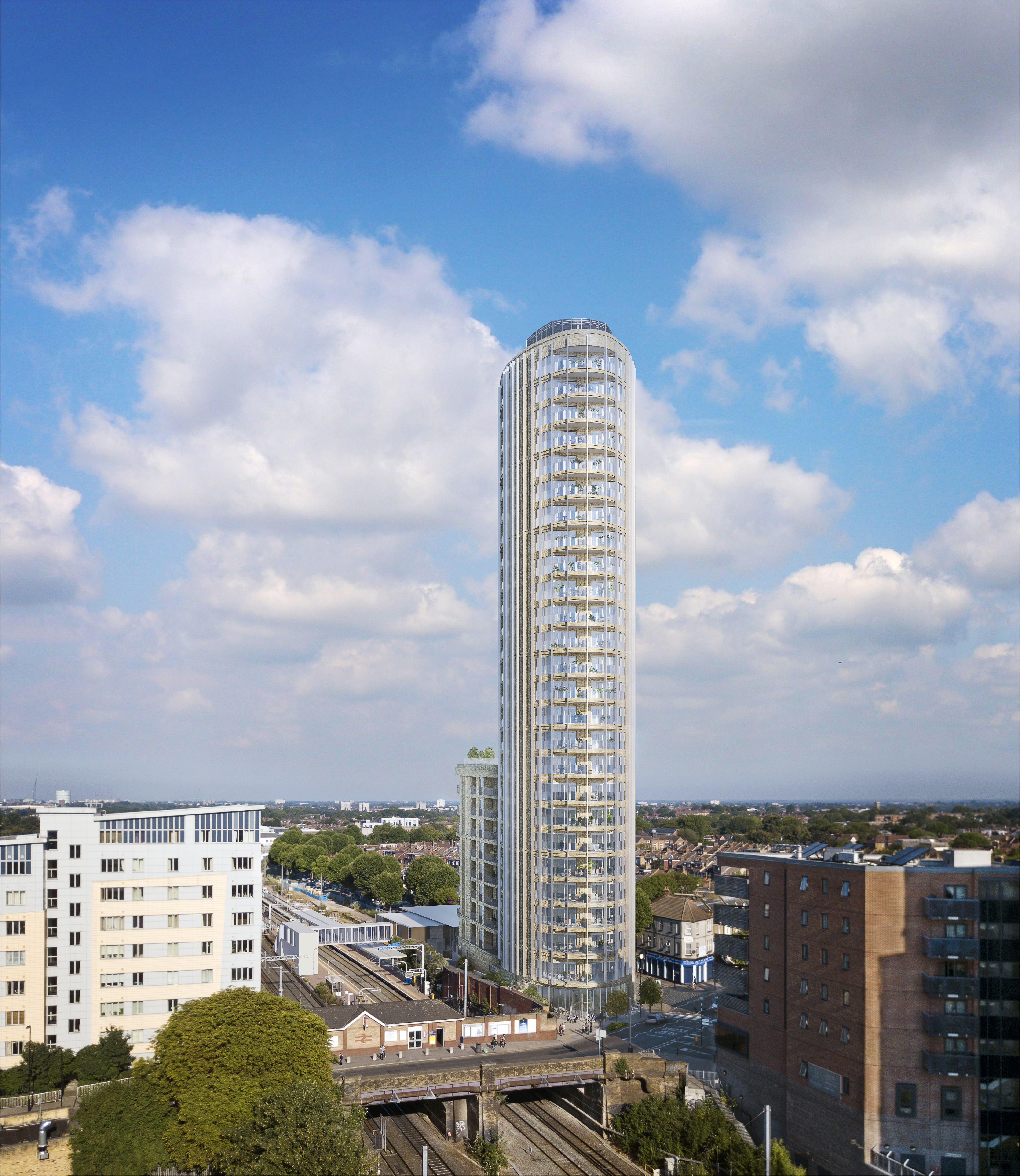 Southern Grove chairman Andrew Southern says it is “decision time” for planners who face a choice between continuing to pay “lip service” to housing need and actually delivering affordable housing for Londoners in the right places.

Ealing’s first fully-affordable tower has been made possible because of an extended negotiation with landowners and the use of an innovative combination of contracts that means Southern Grove will never actually own the land outright.

This reduces the cost associated with developing the site while its 26-storey height enables Southern Grove and its partner Metropolitan Thames Valley Housing Association to ensure every apartment is classed as ‘affordable’ to buy under London Shared Ownership or subject to London Living Rent. 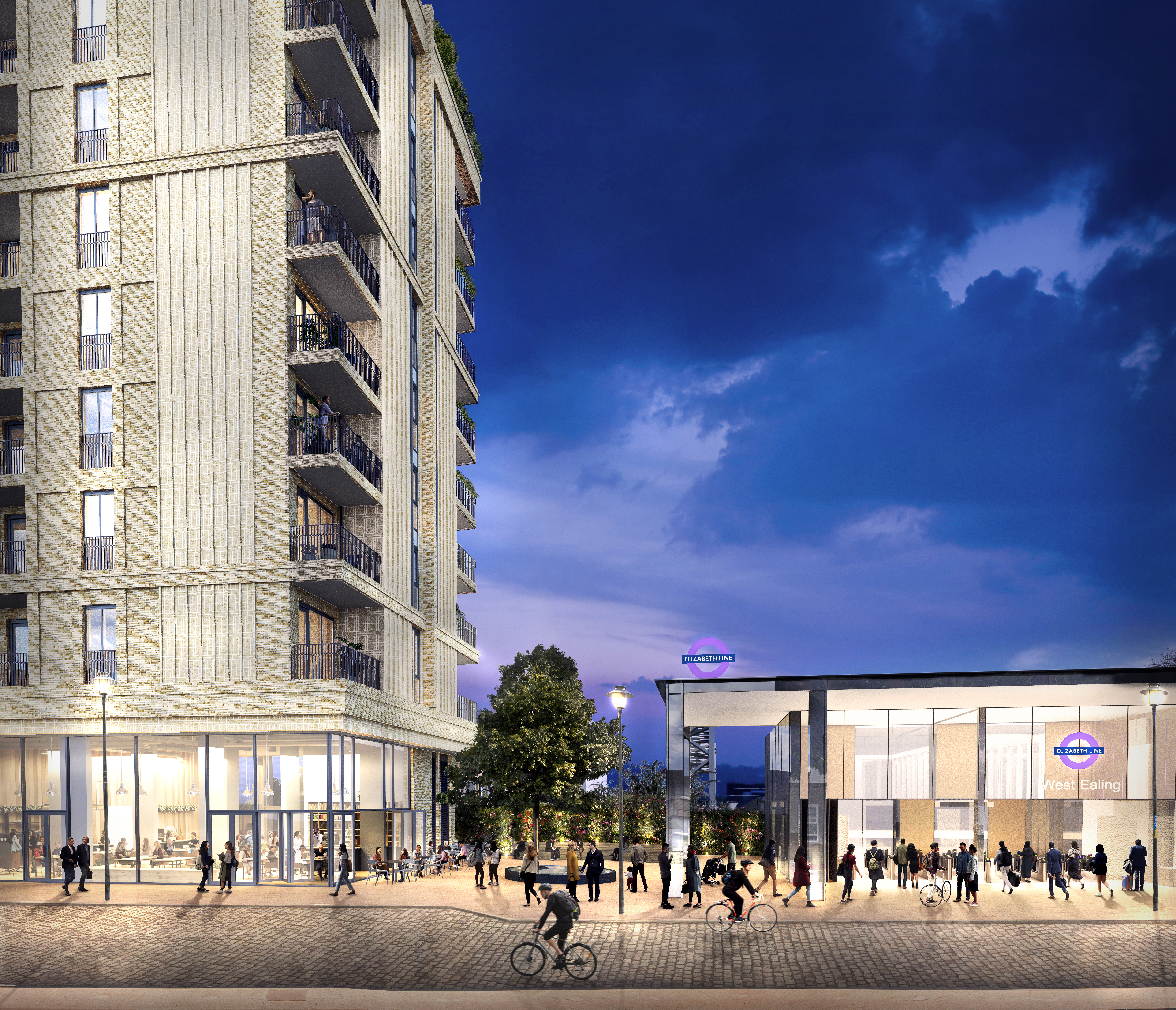 Andrew Southern believes 100% fully affordable towers will be the future of London’s housing solution around key transport nodes in the future but it will require a renewed appetite for well-designed high rises.

55 West stands at the junction of Manor Road, Argyle Road and Drayton Green directly next to West Ealing station where the new Crossrail/Elizabeth Line will call. It will offer the sort of premium residential properties built directly on a transport hub that normally features less than 40% affordable housing while the rest go to the highest bidder.

However, 55 West will open up 149 prime apartments to residents paying either the London Living Rent (approximately 60% of market rates) or using London Shared Ownership.

Beautiful roof gardens will overlook west London while, at ground level, a public plaza will also be created between the building and the new Crossrail station. A doctors’ surgery is expected to fill one of two commercial units on the ground floor with direct access to the Crossrail station. 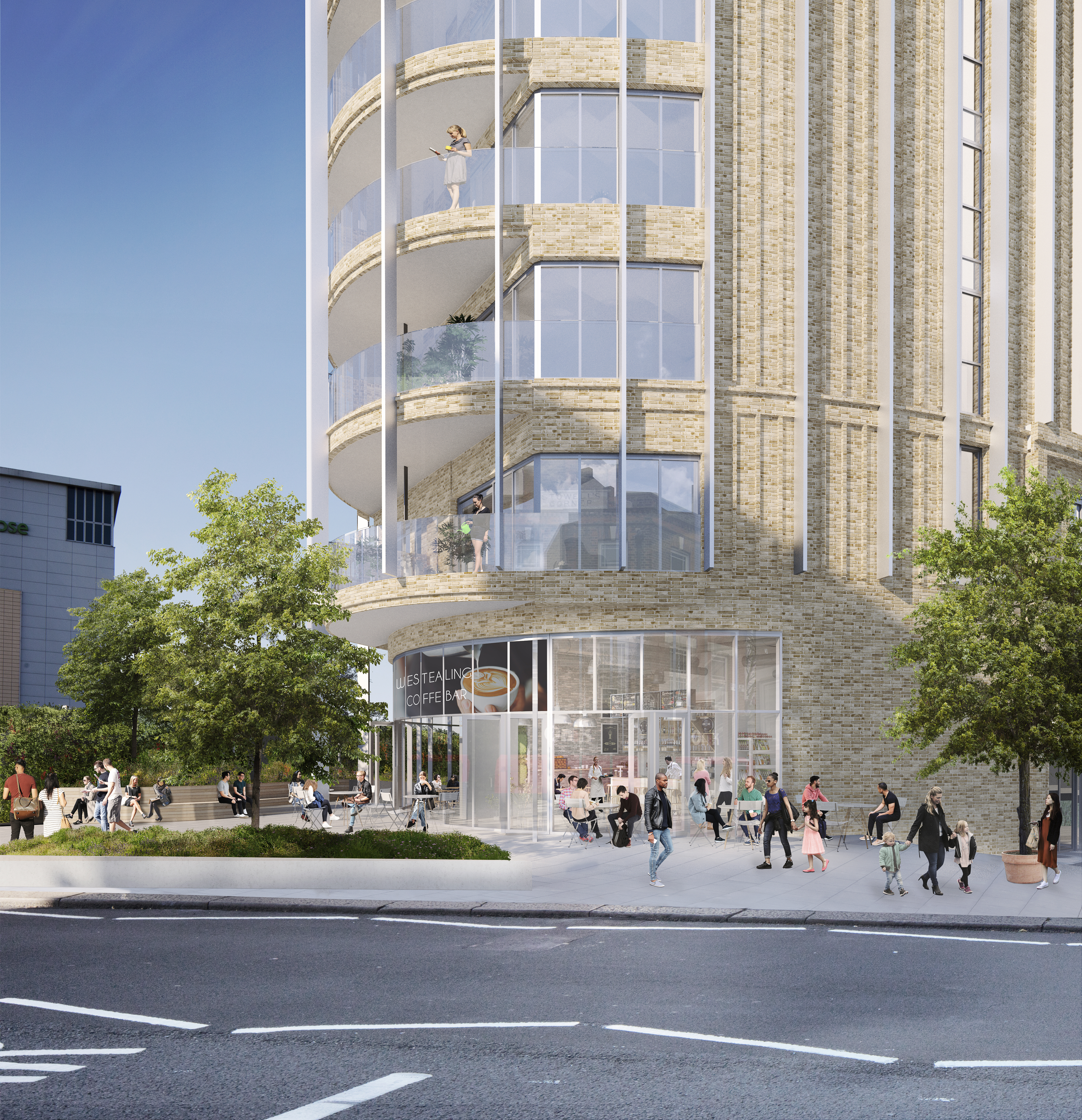 The application is expected to go to planning committee for a decision by the end of November 2019.

Developing sites like this with multiple owners can take years and soak up considerable energy and expense, even before they even get to the planning stage. This particular site took two years of negotiations with five landowners to reach a point where individual arrangements over each separate property came together.

In each case, Southern Grove has secured a contract to develop the land in partnership with the landowners, once planning permission is secured. Each contract had to be tailored to each vendor’s needs concerning price, timing and existing tenancy agreements. Landowners have also received a non-refundable deposit.

There is one enduring benefit to this form of development — Southern Grove, as the developer, avoids owning land and therefore faces no prospect of holding onto land without building on it — known as land banking.

The 55 West application follows recent proposals by another developer, A2Dominion, to build a 25-storey skyscraper at a site 100m to the south, of which only 35% is affordable homes.

“We have chosen to begin looking at sites not just from a policy compliant view but with the belief that, given the scale of the problem, provision of affordable homes in design-led properties should be an aspiration rather than a chore.

“So it’s decision time for London. Are we serious about meeting housing need and creating genuinely desirable, affordable homes, or is it just something politicians are going to continue paying lip service to?

“In a city like London everyone must accept that building higher is the only way to generate the numbers of homes required. So if we’ve got to do it, let’s do it well.

“Planners should be looking at a much more long term horizon, embracing excellent design and discovering a renewed appetite for buildings that inspire rather than blot the landscape.

“The Mayor has spelled out that the housing emergency in London means that it is essential that good quality, affordable housing is built in high densities on top of London’s major transport nodes.

“This development answers that call, and should be the first of many. Affordability is still a huge problem in London, but the fact these apartments are all affordable is a huge win for key workers and households on low incomes.

“The costs and risks associated with structuring deals in these new and innovative ways. to increase the share of affordable housing, is what differentiates us from the big house builders who are land banking and stemming the tide of home creation to maximise profit.

“Planners need to meet those developers who innovate to create the greatest proportion of affordable homes half way.”

Public Consultation on next phase of development at...

How has Brexit been impacting the property market?